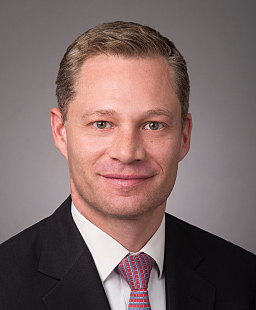 Alexander Canizares represents government contractors and other companies in commercial litigation, enforcement, and regulatory matters. As a former trial attorney with the U.S. Department of Justice’s (DOJ) Civil Division, Alex draws on his experience serving as lead counsel in cases involving contract claims and disputes, bid protests, the False Claims Act, and other complex matters to counsel companies in the defense/aerospace, technology, and other industries.

While at DOJ Civil Division’s Commercial Litigation Branch, National Courts Section, which represents the United States in contractual and other litigation, Alex handled dozens of cases at both the trial and appellate levels involving multiple defense and civilian agencies. He has first-chair experience litigating cases involving the Contract Disputes Act, the False Claims Act and civil fraud claims, the Tucker Act, and various federal procurement laws and regulations, and defended agency procurement actions in bid protests involving defense, national security, and information technology services. Alex regularly interacted with contracting officers, counsel and other personnel in the U.S. Department of Defense and civilian agencies. He also frequently handled appeals and has presented oral argument before the U.S. Court of Appeals for the Federal Circuit 13 times. Prior to joining DOJ, Alex represented corporate clients in litigation and arbitration.

Active in the legal and government contracts communities, Alex is an Adjunct Professor of Performance of Government Contracts at The George Washington University Law School. He is also a vice chair of the American Bar Association’s Public Contract Law Section’s (PCLS) Contract Claims and Disputes Resolution Committee and is a member of the PCLS’s Bid Protest Committee, Procurement Fraud and False Claims Committee, and Cybersecurity, Privacy and Data Protection Committee. Alex also serves as co-chair of the Steering Committee of the D.C. Bar Association’s Government Contracts and Litigation Community and is a member of the editorial board of the ABA PCLS Procurement Lawyer publication. He is also a contributing editor for the Court of Federal Claims Bar Association’s quarterly Inside 717 publication.