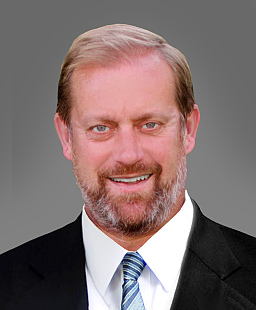 The firmwide chair of Perkins Coie’s White Collar & Investigations practice, Markus Funk is a decorated former federal prosecutor in Chicago, and a former section chief with the U.S. State Department-Balkans. He earned a PhD (DPhil) in law from Oxford University, where he started his career as a lecturer in law.

In private practice since 2010, Markus focuses on internal investigations, complex commercial litigation both at the trial and appellate levels, white collar criminal defense, corporate social responsibility and supply chain compliance, and corporate counseling. He was selected to serve as a World Bank Group advisor and monitor to an Africa-based company seeking reinstatement following debarment, and he routinely counsels clients and conducts internal investigations and reviews throughout the world. During his time in public service, Markus and his team prosecuted "Operation Family Secrets," which National Public Radio lauded as "one of the most important criminal investigations . . . in American history" (the 1995 movie “Casino” was based on the charged criminal activities). At the time of his departure from the U.S. Department of Justice, the Chicago Sun-Times described Markus as a "street-smart prosecutor with an Oxford pedigree."

Markus also is the founding co-chair of Perkins Coie's Supply Chain Compliance practice and in 2015 was tapped to head up the firm’s Africa Practice. The recipient of numerous awards, he was named Colorado’s “Best Overall Litigator” (2015); “Colorado White Collar Lawyer of the Year” (2015); one of “10 Best Attorneys for the State of Illinois" (2014) and "10 Best Attorneys for the State of Colorado" (2017); and "Lawyer of the Year" (2013). He co-founded the ABA’s Global Anti-Corruption Committee in 2010 and has chaired the section since then. He is also ranked “Band 1” by Chambers and Partners, who in their 2019 assessment quoted one of Markus’ clients, saying “his knowledge and experience base far surpasses any other attorney that we have worked with and he is always extremely thorough and proactive, enabling us to get well ahead of any situation at hand.”

Markus has successfully tried over 25 federal and state civil and criminal jury cases, briefed and argued dozens of federal appeals throughout the country, directed more than 400 investigations, and regularly advises public and private entities and individuals on challenging ethics and compliance matters.

Institutions as diverse as the U.S. Senate, the Vatican, Harvard Law School, Yale Law School, the New York City Office of the Mayor, and the World Bank Group have invited Markus to speak on cutting-edge compliance, litigation, and internal investigation issues.

Named a fellow of the American Law Institute in 2015, Markus has the unique distinction of having received both the Department of Justice's prestigious Attorney General's Award for the nation’s top trial performance and the U.S. State Department's Superior Honor Award for service to the country. Reflective of his ongoing commitment to victims of crime, the American Bar Association in 2014 awarded Markus the Frank Carrington Crime Victim Attorney Award, given to one person each year who has “done the most” for victims of crime in the United States.

Litigation: Markus is an experienced trial and appellate attorney, having successfully tried more than 25 federal and state jury trials (most as first chair). He acted as lead counsel in more than 500 in-court evidentiary hearings and other contested proceedings. His recent successful representations in private practice for small, medium, and large publicly-traded companies have ranged from products liability, contract, counterfeiting, fraud and theft, trademark, defamation and intellectual property litigation, to commodities fraud, insider trading, and False Claims Act matters.

Corporate Social Responsibility and Supply Chain Compliance: Markus established and co-chairs the firm's Corporate Social Responsibility and Supply Chain practice (the first such focused practice among the Am Law 100) and is a recognized leader in the areas of supply chain compliance and the business community's efforts to fight human trafficking, as well as forced and child labor. New legal requirements, such as those found in the California Transparency in Supply Chains Act, the Executive Order Strengthening Protections Against Trafficking in Persons in Federal Contracts, the European Union's Directive on Transparency and its amendments, and the proposed federal Business Transparency in Trafficking and Slavery Act, impose unique compliance and third-party due diligence obligations on the global business community. Markus and his team have a well-earned reputation for helping clients find common-sense solutions to these emerging compliance challenges.

Investigations and White Collar Counseling: Markus and his team led numerous disclosures and referrals to various branches of the federal and state governments, have successfully resolved various Foreign Corrupt Practices Act (FCPA) self-disclosures, and recently obtained no-action letters from the Office of Foreign Asset Control and the FBI for Fortune 200 companies. In addition, Markus and his co-counsel recently obtained a sentence of probation for a high-profile Denver insider trading defendant who was facing the most severe sentence the DOJ ever sought in an insider trading case. He also recently obtained a sentence of probation for a mortgage fraud client involved in a multimillion-dollar mortgage fraud conspiracy.

U.S. Government Service: From 2000 - 2010, Markus served in various capacities as an assistant U.S. attorney in Chicago. Selected from some 9,000 federal trials in 2007 to receive the Attorney General's Award (the John Marshal Award), the U.S. attorney general personally presented Markus and his team with the highest trial performance distinction the department bestows on federal prosecutors for their successful three-month trial capping the prosecution of Operation Family Secrets. The case remains the most extensive organized crime case of its kind in U.S. history, and was the first time a prosecutor from the Chicago U.S. attorney's office received DOJ's most exclusive award for demonstrated courtroom and litigation ability.

From 2004 - 2006, Markus served as the DOJ resident legal advisor for post-war Kosovo, helping oversee the United States’ multimillion-dollar efforts to bring the rule of law to this battle-weary region. In that capacity, Markus represented the United States at diplomatic negotiations, led Balkan-wide efforts to modernize anti-corruption, anti-fraud, cybercrime, and anti-counterfeiting enforcement, and spearheaded the restructuring of Kosovo's post-conflict justice system. Markus also worked with U.S. and foreign government officials and business leaders to fight labor trafficking and exploitation. During this time, Markus authored the Kosovo Trial Skills Handbook (DOJ, 2006), which remains the most cited source in Kosovo's Compilation of Applicable Criminal Laws. In recognition of his service while abroad, the U.S. Department of State conferred upon Markus its "Superior Honor Award," which is the highest general service award conferred by the state department.

Markus started his legal career as a law clerk to The Hon. Morris S. Arnold of the U.S. Court of Appeals for the Eighth Circuit and Chief U.S. District Judge Catherine Perry.

Ranked by Chambers USA Nine Years in a Row

*The Supreme Court of Illinois does not recognize certifications of specialties in the practice of law and no certificate, award or recognition is a requirement to practice law in Illinois.