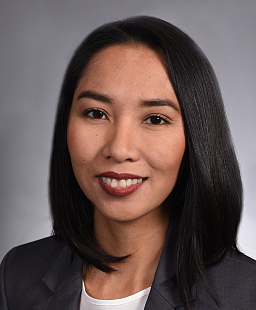 Reese leverages her background in policy and public relations to transform complex concepts into compelling narratives to persuade judges and juries to rule for her clients. She has secured significant victories for her clients through motion practice—authoring briefs that have defeated claims on summary judgment and through motions to dismiss, secured preliminary injunctions and defeated them, transferred cases to more favorable fora, and excluded expert testimony critical to an opponent’s case. She has also briefed, argued, and won appeals at the U.S. Court of Appeals for the Ninth Circuit and the U.S. Court of Appeals for the Federal Circuit, taken and defended fact and expert depositions, shepherded large-scale discovery projects, advocated for clients in mediations, and prepared witnesses and evidence for trial.

Reese has an active pro bono practice. In partnership with the ACLU and Asian Americans Advancing Justice, she represented a California-wide class of detained immigrants, winning an injunction in district court to prevent the government from enforcing its policy of denying bond hearings to the class, and successfully arguing to uphold the injunction on appeal to the Ninth Circuit. She has also represented a victim of police use of excessive force, secured a significant settlement for an inmate denied necessary medical care, recouped assets for victims of financial fraud and elder abuse, and won asylum for refugees fleeing persecution.

Reese is a graduate of U.C. Berkeley School of Law and Yale University. She served as articles editor on the California Law Review. Before attending law school, Reese worked in public policy, including as a legislative aide to U.S. Senator Barbara Boxer.