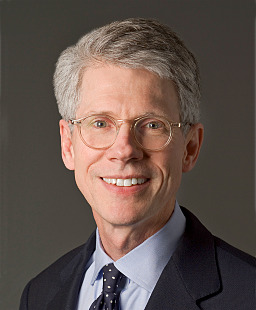 Stewart Landefeld, partner and immediate past co-chair of the firm's Corporate practice, has counseled corporations and board of directors for 30 years in the areas of corporate governance, securities compliance, mergers and acquisitions, public offerings, private equity investments and venture capital.

A frequently sought-after speaker and author regarding a variety of corporate governance and other public company issues, Stewart is both the Editor-in-Chief and co-author of The Public Company Handbook: A Corporate Governance and Disclosure Guide for Directors and Executives (Sixth Edition), published by RR Donnelley. He has been honored as the recipient of the Burton Foundation's 2009 Distinguished Law Firm Award for co-authoring the article, "Cost Effective Improvements in Governance: Enhancing Communications Among Board Committees," published by the Corporate Governance Advisor. Stewart has also played a significant role in Seattle University Adolf Berle Governance Center. In addition, he is the co-founder and Perkins Coie responsible partner for “onBoarding Women,” a leading Seattle based organization dedicated to increasing gender equity in public company boardrooms.

Stewart has been recognized every year since 2005 as one of “America’s Leading Business Lawyers” by Chambers USA. He has also been recognized repeatedly as one of "Washington's Super Lawyers" by Washington Law & Politics and is frequently listed in The Best Lawyers in America, Lawdragon 500's "Leading Lawyers in America," and Who's Who Legal USA – Corporate Governance.

Ranked by Chambers USA 17 Years in a Row