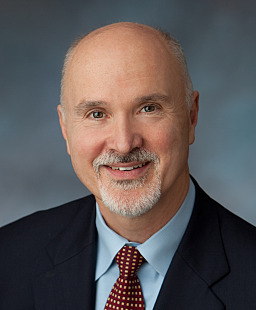 Widely recognized for his skills and success as a trial lawyer, Stephen English has tried to verdict more than 100 cases in his 40-year career.

Called “one of the best trial attorneys in the history of Oregon” by sources in Chambers USA, Stephen has represented many of the region’s most noted investors as both defense and plaintiffs’ counsel. Nationally, he has represented clients in a range of often high-profile matters, including cases involving corporate fraud, sports law, technology, and the environment. His successful outcomes on behalf of his clients have included what was then the largest Taft-Hartley settlement in United States history. The resolution of this case prompted an invitation for Stephen to testify before the U.S. Senate Committee on Health, Education, Labor, and Pensions regarding protection of Americans’ pension plans from fraud. He has successfully settled multiple complex matters, and received multiple verdicts resulting in seven- and eight-figure settlements.

Known for his ability to take a complicated case and make it understandable and persuasive to a jury, Stephen’s trial experience includes business disputes, commercial torts, trade secrets, securities, policyholder disputes, product liability claims, and institutional liability. He also has successfully served as a mediator of last resort in particularly difficult and contentious disputes.

Stephen has been listed as “Lawyer of the Year” in Best Lawyers in America for nine of the past ten years, in areas including Bet-the-Company Litigation, Securities, Product Liability Litigation Defense, and Insurance. Chambers USA: America’s Leading Lawyers for Litigation has included him for 15 years, including from 2011-2021, as well as ranking him as a “Star Individual” in Oregon. He is a fellow of the American College of Trial Lawyers, comprising the top 1% of the trial bar in the United States and Canada, and is a fellow of the International Academy of Trial Lawyers, an invitation-only organization whose membership is limited to 500 lawyers.

Named “Litigation - Mergers and Acquisitions Lawyer of the Year” by The Best Lawyers in America, 2021
Ranked by Chambers USA 17 years in a row