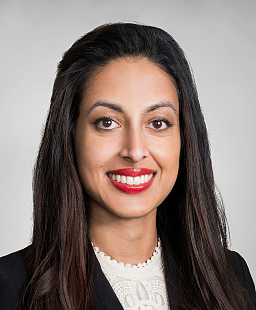 Sopen Shah is an award-winning brief writer and experienced oral advocate. She has briefed appeals in the U.S. Supreme Court; the U.S. Courts of Appeals for the Ninth, Eighth, Seventh, Fourth, Second, First, D.C., and Federal Circuits; and the Wisconsin, New Hampshire, and Washington Supreme Courts. In 2020, she won the State Bar of Wisconsin's biennial “Best Brief” award. Sopen has argued in the Seventh and Second Circuits, the Wisconsin Supreme Court, the California Court of Appeal, and the Washington State Board of Tax Appeals.

Sopen also handles high-stakes litigation in trial courts, including a voting rights case in the U.S. District Court for the Western District of Wisconsin and a multimillion-dollar shareholder-dispute trial in Dane County Circuit Court.

Before joining the firm, she argued the state’s high-profile criminal and civil appeals as deputy solicitor general of Wisconsin. After graduating from Yale Law School, Sopen clerked for the Honorable Debra Ann Livingston, now-chief judge of the Second Circuit, and the Honorable Amul R. Thapar, then of the U.S. District Court for the Eastern District of Kentucky. Before law school, Sopen was a management consultant with McKinsey & Company and a financial analyst at Bloomberg.