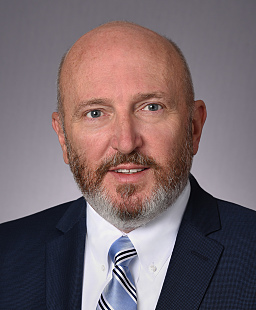 Richard Hankins is a labor relations attorney with 30 years of experience advising some of the most sophisticated purchasers of traditional labor services on their high-profile national matters.

With skills that translate seamlessly from the manufacturing plant to the board room, he is recognized for his extensive work in large-scale union organizing and decertification campaigns, strikes and secondary boycotts, union jurisdictional disputes and successor employer claims.

Richard counsels global and domestic management teams on labor relations strategies related to acquisitions and divestitures, new facilities, plant closings and consolidations. He was lead counsel in what was arguably the largest successful decertification campaign in the United States and has argued labor cases before U.S. Circuit Courts of Appeal as well as appeared before more than 15 regions of the National Labor Relations Board (NLRB).

Automotive, aerospace and other major national companies turn to Richard for his guidance in their highest-profile labor issues involving petitions to form unions, unfair labor practice charges and collective bargaining agreements. He represented The Boeing Company on labor issues related to building its assembly line for the 787 Dreamliner aircraft in Charleston, South Carolina. He also successfully represented a major automotive manufacturer in an NLRB matter involving over 3,500 assembly workers.

Richard speaks and writes frequently about labor relations issues and is a contributing editor to the Bloomberg BNA’s The Developing Labor Law.

*Admitted only in Georgia

Ranked by Chambers USA 2020 Two Years in a Row