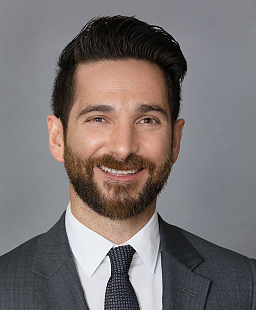 Commercial litigator Oliver Gold appears in court, at trial and in alternative dispute resolution forums to resolve business disputes. His recent client victories include obtaining a complete victory for a manufacturing client as lead trial counsel in a breach of contract action; helping to secure a take-nothing judgment for a global technology client following trial; helping to resolve claims of trademark infringement, false advertising and patent infringement for a Fortune 500 food manufacturer; and obtaining summary judgment in favor of a global talent agency on claims of Lanham Act and unfair competition violations.

Based in Los Angeles and handling litigation throughout federal and state courts in California, Oliver strategically contributes to litigation and trial teams through all phases of disputes. He has substantial experience at trial, taking and defending depositions, dispositive motion practice, and obtaining and defending against temporary restraining orders and preliminary injunctions, including within the food and beverage, technology, entertainment and media sectors.

Oliver also focuses his practice on assisting communications service providers with their analysis and response to requests for disclosure of information consistent with the federal Electronic Communications Privacy Act (ECPA), including the federal Stored Communications Act (SCA). In this role, Oliver represents providers in their interactions with government and private counsel, and litigates user data request issues in state and federal courts.

While counsel at Perkins Coie, Oliver has served a secondment as in-house counsel for a plant-based food and beverage client, handling matters including negotiating and drafting commercial agreements, navigating regulatory issues, and counseling on intellectual property and pre-litigation matters.

In addition to his intellectual property and business litigation practice, Oliver has a strong commitment to pro bono work. He helped organize a drop-in legal clinic in Downtown Los Angeles’ Skid Row to address the issues faced by the area’s homeless population. Oliver also focuses his pro bono efforts on a federal capital appeals case in Texas, in which he serves on one of the firm’s select post-conviction death penalty defense teams.