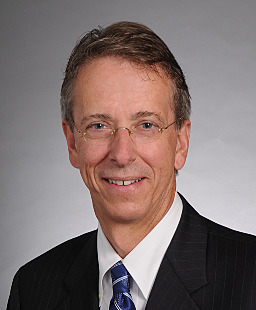 Kevin J. Hamilton focuses his practice on labor and employment counseling and litigation. Mr. Hamilton has practiced law with Perkins Coie for more than 30 years and has been a partner for more than 25 years, addressing through counseling, negotiation, or litigation, a broad range of key issues critical to the modern workplace. Mr. Hamilton has extensive experience with noncompetition, trade secret, discrimination, multiple plaintiff, and wrongful discharge litigation. Mr. Hamilton chairs the firm's nationally recognized Retail & Consumer Products industry group, including more than 260 lawyers throughout the firm who focus on issues across the spectrum confronting the retail and consumer products industry.

He has broad and significant trial experience, having represented clients in litigation in Arizona, California, Florida, Georgia, Iowa, Maine, Michigan, Minnesota, Montana, Nevada, New York, North Carolina, Ohio, Texas, Virginia, and Washington. In 2021, Mr. Hamilton led a team of lawyers in pursuing trade secret misappropriation, breach of contract, and related claims against a group of six scientists on behalf of one of our largest clients. After two and a half years of litigation and a three-week trial, the team secured a sweeping victory, including injunctive relief and an attorneys’ fee award and dismissal of the wrongful discharge counterclaims.

Mr. Hamilton’s extensive trial experience won him admission to the American College of Trial Lawyers at a relatively young age and to the prestigious American Law Institute.

Ranked by Chambers and Best Lawyers

Named “Civil Rights Law Lawyer of the Year” by The Best Lawyers in America, 2023
Ranked by Chambers USA for 11 Years in a Row

Featuring commentary on contemporary political developments, emerging legal trends or the curious tendency of history to turn in cycles, so often repeating itself.