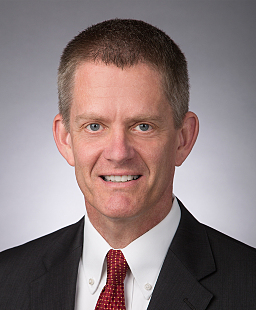 Jon Jacobs is an antitrust litigator and trial lawyer.  He represents corporate and individual clients in civil and criminal antitrust investigations and cases.

For 27 years, Jon was a trial attorney with the U.S. Department of Justice, Antitrust Division, where he investigated and tried both civil and criminal cases. In 2011, he received the DOJ’s award that recognizes long-term achievements by outstanding antitrust litigators.

Jon has tried civil cases involving mergers and acquisitions, monopolization, exclusive dealing and information exchanges. He has led grand jury investigations and tried criminal cases involving price fixing, bid rigging and customer and market allocation. He has litigated cases in a wide variety of industries, with a particular focus in the healthcare and health insurance markets.

In 2016, Jon was the lead trial attorney in U.S. v. Anthem (D.D.C. 2016), the government's successful challenge of Anthem's proposed $54 billion merger with Cigna. Jon led a large team of lawyers under an expedited schedule, with trial starting only four months after the complaint was filed.

In 2012, he was lead counsel for the economic gains issue in U.S. v. AU Optronics (N.D. Cal. 2012), the first time the government attempted to prove gains from a criminal price-fixing conspiracy under the Alternative Fine Statute. Jon's efforts led to the defendant corporation paying a $500 million fine.

Jon is currently a Vice Chair of the ABA Antitrust Section’s Cartel and Criminal Practice Committee.  He has taught trial and litigation advocacy with both the National Institute of Trial Advocacy (NITA) and the Department of Justice's National Advocacy Center (NAC).