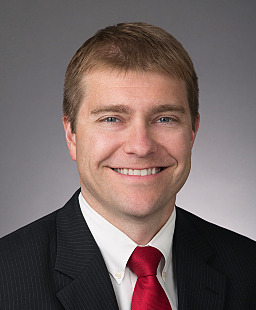 John Roche is a member of the firm’s Commercial Litigation practice and the Privacy & Security Law practice. He focuses his practice on commercial litigation and counseling, particularly in the areas of privacy, security, internet and communications law.

John has tried numerous cases in addition to briefing and arguing appeals in state and federal courts and handling matters before various arbitration authorities. He routinely briefs and argues matters involving electronic surveillance issues on behalf of communications providers, and has litigated numerous matters involving novel issues under the First and Fourth Amendments. He was on the trial team for the nation’s first federal jury trial regarding unsolicited commercial email, briefed the nation’s first successful motion to quash a search warrant brought by a communications provider in state court, and likewise briefed and argued the nation’s first motion to quash a search warrant ever brought by a communications provider in federal court (the warrant was subsequently withdrawn).

Cases in which John has been involved include:

John is also highly experienced in a host of other areas ranging from Customer Proprietary Network Information (CPNI) to the Controlling the Assault of Non-Solicited Pornography and Marketing (CAN-SPAM) Act, the Communications Decency Act (CDA) and telemarketing laws.

John also has experience assisting clients in their response to computer intrusions and theft of trade secrets, including actions related to the Computer Fraud and Abuse Act (CFAA) and state computer intrusion laws.

John has also represented clients before the FCC, FTC and numerous state commissions in privacy-related investigations and telecommunications matters.

John has counseled UAS clients on privacy issues, including the development of UAS privacy policies. He has represented a major UAS client in a successful multi-stakeholder proceeding before the National Telecommunications and Information Administration that resulted in the adoption of voluntary privacy best practices regarding commercial and private UAS use in the national airspace.

John has counseled clients and litigated on their behalf regarding employment related matters, including wage claims, restrictive covenant and trade secret litigation, security policies, and employee privacy issues. These matters include briefing and arguing a successful appeal before the Fourth Circuit Court of Appeals related to a wage dispute for a major client in Virginia.

John has litigated numerous matters on behalf of the world's largest software manufacturer in a comprehensive domestic brand integrity, trademark and copyright litigation effort, involving successful lawsuits in Maryland, Virginia and other jurisdictions against retailers, suppliers, and vendors engaged in the distribution of infringing items.