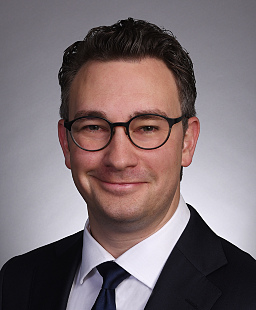 Eric J. Weiss is a seasoned litigator with experience in a wide range of complex commercial matters, with emphasis on antitrust, unfair competition, consumer protection and employment disputes. He represents clients in cases arising under the Federal Trade Commission Act, the Sherman Antitrust Act, the California Cartwright Act, the Washington Consumer Protection Act and other state consumer-protection laws. Eric advocates on behalf of plaintiffs and defendants in federal courts and arbitration forums nationwide and has extensive practice handling class actions and matters before the U.S. Judicial Panel on Multidistrict Litigation.

Eric’s courtroom skills have been widely praised, and he has been described by instructors of the National Institute for Trial Advocacy as having “the most natural trial talent” among his peers. He was a senior member of the trial team that recently secured a federal jury verdict and award of more than $110 million after proving the existence of an eight-year industry-wide conspiracy among dozens of manufacturers to fix the price of LCD panels. Eric’s representative clients include Amazon.com, Microsoft Corporation, Costco Wholesale Corporation, Starbucks Corporation and PACCAR Inc.

Prior to his legal career, Eric was a Staff Sergeant in the U.S. Air Force and Air National Guard. During his military service, Eric deployed to Pakistan in support of Operation Enduring Freedom and received several military honors, including for contributions leading to the Air Force Outstanding Unit Award. Eric also earned two associate degrees from the Community College of the Air Force, in Information Systems Technology and Education & Training Management.

Since 2000, Eric has volunteered as a counselor and instructor for Badger Boys State, a youth leadership and citizenship program sponsored by the American Legion.