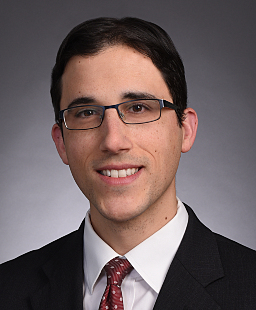 David Perez is a trial attorney and partner in the litigation group. His practice focuses on high-stakes commercial disputes, including IP, contract, class action, constitutional law, employment and real estate matters. David has significant courtroom experience, having argued dozens of times at pretrial hearings, jury and bench trials and arbitration proceedings. He has presented numerous appellate arguments, including at the U.S. Court of Appeals for the Ninth Circuit, the Washington Supreme Court and the Washington Court of Appeals, and briefed cases in appellate courts throughout the country, including the U.S. Supreme Court. Representative clients include Ganz, Hinge Health, Hughes Marino, WeWork and Zumiez.

In his IP practice, David represents plaintiffs and defendants asserting or defending against misappropriation or infringement claims, with a particular emphasis on trade secret litigation and other time-sensitive IP disputes that may require expedited briefing and oral argument. As part of his constitutional law practice, David routinely advises clients, including public officials, on First Amendment issues, communications and media and pending legislation, especially at the appellate level.

As the client service partner for several large clients in the healthcare, manufacturing, real estate, retail and technology industries, David manages the day-to-day relationships, while providing outside general counseling, particularly in employment, IP and litigation contexts.

David also maintains an active pro bono practice that focuses on constitutional law, civil rights and criminal justice, and he currently serves as chair of the firm’s Seattle Pro Bono Committee. He co-authored the Washington Voting Rights Act (WVRA), which passed the Washington State Legislature in 2018. He is a longtime board member of the Ballard Food Bank and provides outside general counseling on a pro bono basis to the food bank.

After earning his J.D. from Yale Law School, David clerked on the U.S. Court of Appeals for the Ninth Circuit and has been named a “Rising Star” in Washington Super Lawyers Magazine every year since 2013.