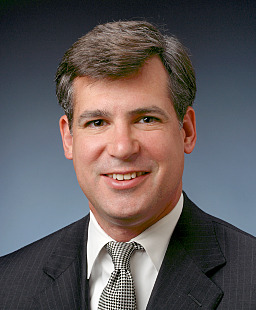 Represented defendant against claims by plaintiff who asserted that he had been terminated in violation of the Age Discrimination in Employment Act and in order to deny him certain benefits in violation of ERISA. Summary judgment granted in favor of defendant.

Defended claims of breach of implied warranty of merchantability and fitness for a particular purpose for food products. Obtained complete jury verdict finding no liability.

Represented the company in claims by flight attendants for injuries related to alleged exposure to bad air quality.

Successfully represented Planned Parenthood against zoning challenges filed against its Aurora, Illinois medical clinic, one of the largest Planned Parenthood facilities in the country. Obtained summary judgment, affirmed on appeal and petition for leave to appeal denied by the Illinois Supreme Court.

Represented the University of Illinois in case of first impression involving academic freedom and tenure and first amendment issues related to the denial of tenure by the Board of Trustees. Case settled.

Representing the Joseph P. Kennedy Family Trust in litigation arising over the construction of parking structures as part of the development of the Wolf Point Property in Chicago, Illinois.

Represented Amazon.com, Ingram Micro and UPS in claim arising from the alleged failure to collect and remit sales and use tax on sales to Illinois residents. All cases voluntarily dismissed following discovery.

Representing the company in federal class actions and state claims asserted by government entities arising from a 2016 data incident.

Appointed by the U.S. District Court for the Northern District of Illinois to represent prisoner injured while in the custody of the state of Illinois. Received “Award of Excellence in Pro Bono Service” for trial work in support of appointed client.