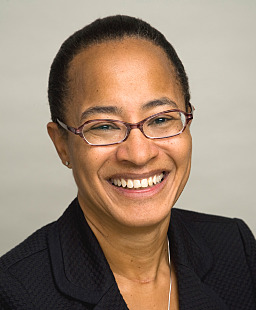 U.S. Court of Appeals for the Federal Circuit
For the last three years, Bobbie has been a member of a team representing multiple defendants, including Netflix, in a patent case against Uniloc. The issue in question involved the problem that consumers of software use digital products on multiple devices, where consumers have “a legitimate need to install and use the software on every computer.” On Hulu’s petition, the Patent Trial and Appeal Board instituted inter partes review (IPR) and found multiple claims unpatentable over the prior art. The Federal Circuit affirmed the judgment of invalidity of all original claims and subsequently affirmed the denial of Uniloc’s motion for rehearing.

U.S. District Court for the Northern District of Texas
Represents Netflix, Hulu, and Roku in a trio of patent infringement cases brought by Convergent Media Solutions, LLC that are pending before District Judge David C. Godbey. The cases involve six patents which are being asserted against a number of "second screen" features that facilitate the use of smartphones and tablets in conjunction with other multimedia devices such as streaming boxes and game consoles.

U.S. District Court for the District of Delaware
Achieved a victory for Hulu and Netflix in the TransVideo case when Judge Leonard P. Stark was convinced to do early claim construction on a term. The court granted defendants construction. Plaintiff stipulated to noninfringement and the case was dismissed with prejudice a week later.

U.S. District Court for the District of Delaware
Represents Netflix and Amazon in a patent case relating to JPEG technology.

U.S. District Court for the District of Columbia
Represent Nintendo in a patent case relating to an on-demand video distribution system involving its 3DS, DSi, and Wii video game consoles.

U.S. District Court for the Eastern District of Texas
Lead counsel for Netflix in a patent infringement case relating to digital video recording and playback technology.

U.S. District Court for the Northern District of California
Represented defendant JVC in a patent infringement case relating to hard disk drive technology. The action included counterclaim patents asserted by JVC and was settled weeks before trial on terms including a business arrangement between the parties and a patent license.

U.S. Court of Appeals for the Federal Circuit, U.S. District Court for the Eastern District of Virginia
Defended RIM in the BlackBerry patent infringement case on appeal to the Federal Circuit and U.S. Supreme Court and on remand in the district court.

U.S. District Court for the Western District of Wisconsin
Co-lead trial counsel in a high-profile lawsuit in Wisconsin brought on behalf of a diverse group of individuals and organizations regarding voting rights. The suit alleges that over a dozen election-law measures enacted in Wisconsin in recent years—including reductions to early voting, restrictions on voter registration, and a provision that permits election observers to stand within three feet of voters—unduly burden the right to vote and were intended to discriminate and have the effect of discriminating on the basis of race. This case also raised the novel claim that the challenged laws are the product of unconstitutional “partisan fencing”—in other words, that the laws deliberately burden certain voters because of how they want to vote.

U.S. District Court for the Northern District of California
Led R.J. Reynolds Tobacco Company to its first defense victory in California involving an individual smoking case, Conley v. R.J. Reynolds Tobacco Co. and Phillip Morris, Inc. After an almost four-week jury trial, the court granted directed verdict for R.J. Reynolds. Prior to this victory, no tobacco company had ever escaped the wrath of a California jury that routinely awarded damages in the tens of millions against the companies.

Superior Court of California, County of Los Angeles
Lead trial counsel in a complicated oil and gas case that resulted in a directed verdict on behalf of the client after a three-week jury trial. In Advanced Development Holdings Inc. v. Brea Canon Oil Company Inc., Hon. Joanne O'Donnell granted BCI's motion for a directed verdict after the close of all evidence. This trial was the third trial in a span of 10 months where Bobbie served as lead counsel for BCI. The directed verdict was recently affirmed by the Court of Appeal, 2nd Appellate District, Div. 4.

Superior Court of California, Alameda County
After the jury had already found liability and awarded compensatory damages totaling $1 million against a co-defendant, Bobbie came in as new trial counsel and convinced the jury to award only $56.00 total in punitive damages even after they had found liability for national origin discrimination. The same jury awarded $50 million in total damages against the company which was represented by another law firm.

Superior Court of California, Alameda County
As a new trial counsel, convinced a hostile jury to award a nominal amount of punitive damages even after they had already found liability for predatory lending and unfair business practices.

U.S. District Court for the Northern District of California
Hired as lead trial counsel to defend Google in a putative class action alleging violations of Illinois’ Biometric Privacy Information Act (BIPA). The proposed class is comprised of individuals whose photographs were allegedly compiled, without plaintiffs’ consent, into a dataset by Flickr and IBM that could be used to train facial recognition software. Plaintiffs further allege that Google obtained a copy of the dataset and used their biometric information without consent to develop a facial recognition algorithm that could more accurately recognize women and people of color.

U.S. District Court for the Northern District of California
Lead trial counsel in a consolidated class action complaint claiming Google violated the Wiretap Act, the Stored Communications Act (SCA), and California’s Constitution, Invasion of Privacy Act, and Unfair Competition Law (UCL) when Google Assistant—an AI-powered virtual assistant—allegedly recorded plaintiffs’ conversations without consent. In granting the motion to dismiss, the Court found nearly all twelve claims insufficiently pled, allowing only a subpart each of the SCA and UCL claims to proceed.

U.S. District Court for the Northern District of California
Lead trial counsel in a putative class action alleging that the Google Assistant—the company’s artificial intelligence-powered virtual assistant—allegedly recorded sounds without consent. The proposed class is brought on behalf of individuals who had Google Home devices, on which the Assistant is installed, in their homes. Plaintiffs bring claims under California privacy and consumer protection laws, including the California Consumer Privacy Act, and the federal Wiretap Act.

U.S. District Court for the Northern District of California
With alleged TCPA violations, Adobe retained Bobbie as lead trial counsel in a putative class action lawsuit. The plaintiff was seeking statutory damages in the tens of millions of dollars. Bobbie won dismissal of the suit (with leave to amend). The matter is ongoing.

U.S. District Court for the Northern District of California
Bobbie secured a favorable settlement for Google in a putative consumer class action brought by a group of Pixel 1 and Pixel XL smartphone buyers shortly after Google filed its opposition to plaintiffs’ class certification motion. The court granted final approval of the settlement.

In re Nest Labs Litigation

Lead trial counsel for craigslist in multiple class actions alleging violation of the Song-Beverly Act. Obtained dismissal of the case without leave to amend.

Obtained more than 70 dismissals at the pre-trial stage of state unfair business practices cases under §17200 cases against R.J. Reynolds. Several of the cases were multibillion-dollar class action cases disposed in California and overseas at the class certification stage or on summary judgment, never making it to trial.

Lead trial counsel in a hard-fought trade secrets/breach of contract matter for Google in which the plaintiff is seeking over $100 million in damages by alleging Google stole its “technology” and used it to create AdSense Auto Ads. The Court sustained Google’s Demurrer and dismissed the last three claims, finding they were preempted by California’s Uniform Trade Secrets Act.

U.S. District Court for the Northern District of California
Represented EFI in this case where an Israeli company agreed to develop an electronic whiteboard. After multiple failed attempts by Pegasus, EFI developed the technology on its own. After seeking declaratory relief, Pegasus counterclaimed for theft of trade secrets and patent infringement. The case was settled on favorable terms and included a license agreement.

Superior Court of California, County of Santa Clara
Represented plaintiff in substantial litigation involving trade secret misappropriation and breach of confidentiality agreement. After expedited discovery and a preliminary injunction were obtained against the defendants, the corporate defendant terminated two individual defendants. Ultimately, the team achieved a favorable financial settlement with the corporate defendant and obtained significant non-monetary relief from all defendants.

U.S. District Court for the Northern District of California
Bobbie is leading the defense of a derivative action involving allegations of a fraudulent tax scheme, a RICO violation, and six other claims. She argued the motion to dismiss which was granted by the court.