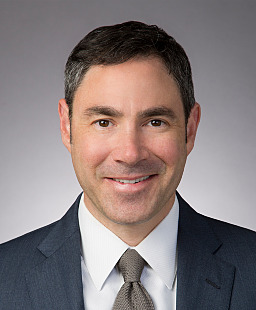 Barak Cohen represents two kinds of clients: companies and individuals facing government enforcement actions and investigations in highly regulated industries, particularly the healthcare and government contracting industries, and companies that need strategic business advice regarding compliance and regulatory matters in the cannabis industry. Barak is a partner in the White Collar & Investigations practice, and co-chair of the firm’s Cannabis Law group. He also works with the firm's Digital Media & Entertainment, Gaming & Sports industry group as the co-lead of the Gaming vertical, providing regulatory review and counseling to clients in the regulated gaming industry, including matters involving gambling and sports betting.

A former prosecutor in the U.S. Department of Justice (DOJ), Barak led numerous white-collar investigations throughout the United States. That inside experience informs Barak’s representation of companies and individuals in diverse matters that touch on alleged foreign and domestic fraud and bribery, financial misconduct, tax crimes, false healthcare and government contracting claims, campaign finance and election crimes, antitrust crimes, and environmental crimes. Barak has particular experience representing companies that do business with the government, such as technology companies, medical labs, medical device companies, and pharmaceutical companies, and in investigations regarding the False Claims Act (FCA), the Anti-Kickback Statute (AKS), and the Eliminating Kickbacks in Recovery Act (EKRA), as well as in investigations led by agency inspectors general. He has also represented multinational companies in sensitive international investigations involving international corruptions laws, such as the Foreign Corrupt Bribery Act (FCPA) and the U.K. Bribery Act. Notably, Barak’s work has included representing high-profile public officials, including multiple sitting members of Congress, in investigations regarding alleged campaign offenses and election crimes, as well as in state and federal ethics investigations. Barak is a co-chair of the American Bar Association’s (ABA) Public Corruption Sub-Committee.

With respect to his cannabis practice, Barak was quick to identify the growth potential in the cannabis industry. He works with well-established international brands, multistate operators, and startups, advising on a wide breadth of matters (including marijuana, CBD (cannabidiol), CBG (cannabigerol), and hemp products and services) that intersect with other diverse industries, ranging from e-commerce and technology platforms that facilitate cannabis transactions, to product-handling dispensaries and brands. He is a member of the board of directors of the U.S. Cannabis Council, a vice-chair of the ABA’s Cannabis Law Sub-Committee, and a former member of the National Cannabis Industry Association’s Policy Council. A recognized thought leader in cannabis matters, he edited and co-authored the first-of-its kind treatise, Cannabis Law: A Primer on Federal and State Law Regarding Marijuana, Hemp, and CBD, published by the ABA in February 2021.

Before becoming an attorney, Barak served as an infantry officer in the U.S. Army. He is the co-founder of Perkins Coie’s Veterans Resource Group. Chambers USA: America’s Leading Lawyers for Business has recognized Barak in two areas: (1) Litigation: White-Collar Crime and Government Investigations and (2) Cannabis Law: Eastern United States. Commentators have noted that “he is very savvy," and that "Barak is a fantastic lawyer, cool under pressure and laser-focused."

Perkins Coie is pleased to announce that its fifth annual Food Litigation Year in Review, in coordination with the expansion of the firm’s practice, has been broadened and renamed the Food & Consumer Packaged Goods Litigation Year in Review. With this rebranding, we have also launched an infographic report that highlights key litigation outcomes, filing data, and industry trends. Despite a tumultuous year, one thing stayed the same: plaintiffs’ class action attorneys continued to file plenty of lawsuits against manufacturers of consumer packaged goods (CPGs).

A Primer on Federal and State Law Regarding Marijuana, Hemp, and CBD. Published by the American Bar Association, edited by Barak Cohen, chair of our Cannabis Law industry group, and Michael Bleicher.

The 411 on 420 brings together experts from the cannabis field and our industry attorneys to discuss the business of cannabis and how the legal landscape affects the market.

The 411 on 420
Your guide to the legal present and future of the Cannabis industry.