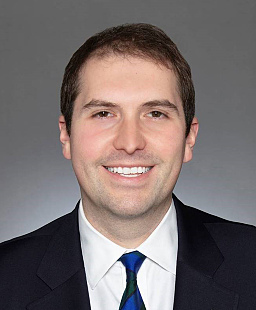 Adam Mandelsberg prosecutes and defends high-stakes litigation on behalf of public companies, financial institutions, sports leagues and player agents, public authorities, and individuals in federal and state courts in New York, New Jersey, Delaware, and elsewhere. His experience includes the successful defense of a global financial institution accused of fraud in connection with a rogue trader’s scheme to disguise hundreds of millions of dollars in losses and the successful representation of a London-based interdealer broker in a lawsuit alleging racketeering and unfair competition against a competitor in connection with its worldwide raid of the firm’s profit centers. Adam also secured the dismissal of claims brought by investors in a decade-long securities law dispute on behalf of a leading pharmaceutical company.

On behalf of a range of product manufacturers and service providers, including in the food and beverage, pet product, and child care services industries, Adam has successfully defended putative class actions asserting claims of fraud and violations of New York and California false advertising laws as well as individual claims alleging bodily harm and emotional distress. In addition, Adam has advised companies and corporate boards in internal investigations and frequently represents clients in white collar matters and enforcement proceedings brought by the Securities Exchange Commission (SEC) and state securities regulators. Adam also has substantial experience in the digital currency space and has represented cryptocurrency traders in a range of civil, criminal, and regulatory proceedings.

Adam clerked for the Hon. Jane R. Roth of the U.S. Court of Appeals for the Third Circuit. While in law school, Adam was an associate editor of the Journal of Transnational Law and interned for the Office of the U.S. Solicitor General (DOJ), where he helped prepare the Solicitor General for appellate court arguments concerning the constitutionality of the Affordable Care Act. He also served as an extern to the Hon. Robert D. Sack of the U.S. Court of Appeals for the Second Circuit and as an intern to the Hon. J. Paul Oetken of the U.S. District Court for the Southern District of New York.