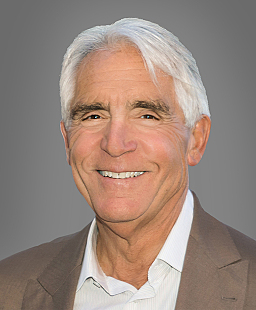 Stephen C. Ferruolo focuses his practice on the life sciences sector, representing private and publicly held biotech, pharmaceutical, medical device, and digital health companies, as well as technology companies, investors, and venture capitalists. Widely known and regarded for his exemplary representation of his clients, Stephen has earned an international reputation in the life sciences.

Stephen’s extensive experience includes guiding life science clients through private and public financings as well as mergers and acquisitions, corporate governance issues, licensing, collaboration and commercial agreements, and compliance matters. Stephen has worked on hundreds of private financings during his legal career, with a broad range of venture capitalists and other investors and handled IPOs ranging from $6 million to $1.1 billion.

Stephen most recently served as the dean of the University of San Diego School of Law, where he was also a professor of law in business and corporate law, contracts, and securities regulation. Prior to that, he held a variety of senior law firm positions in Southern California, and he currently serves as vice president and secretary and on the board of directors of BIOCOM, the association representing the California life science industry.