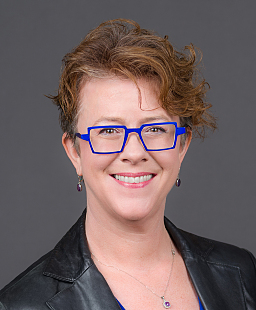 Stephanie Roy provides domestic and international regulatory counsel in support of clients’ global satellite, fiber and terrestrial wireless connectivity strategies. She has represented global internet platforms, domestic and foreign media and telecommunications companies, major satellite services players and technology providers, both in the U.S. and abroad. Stephanie has played a leading role in such high-profile issues as net neutrality and proposed media mergers before the Federal Communications Commission (FCC) and U.S. Department of Justice (DOJ).

Stephanie’s representation before the FCC includes devising and executing regulatory strategies and drafting and prosecuting satellite and earth station licenses for a range of telecom, internet, and new and established media companies.

As part of her counsel to telecom and technology sector clients, Stephanie provides regulatory compliance advice for the build-out of internet backbone and access networks domestically and abroad. She advises on U.S. telecommunications and media regulatory requirements, including satellite and earth station licensing, program carriage, program access and retransmission consent.

Stephanie’s regulatory experience spans several oversight agencies and regulatory bodies, including the FCC, the DOJ, the National Telecommunications and Information Administration (NTIA) and state public utility commissions. She regularly works with foreign counsel to help her clients navigate the requirements of foreign regulatory bodies in their international endeavors.

Stephanie advises telecom and tech clients on privacy and cybersecurity as well as on FCC and other regulatory aspects of acquisition and divestiture transactions. She drafts and negotiates commercial agreements, including strategic supply and intellectual property license agreements.

Aerospace, satellites and space policy is a particular practice emphasis—Stephanie has a technical background that includes master’s degrees in applied physics and science and technology policy. Stephanie has been ranked by The Legal 500 United States for both regulatory and transactional counsel in the media, technology and telecom, and she is active in the Federal Communications Bar Association.