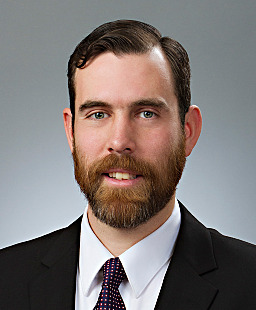 Odin A. Smith has focused on environmental and Native American legal issues his entire career, including a 10-year tenure in government service, most recently in the Office of the Solicitor of the Department of the Interior. Odin has worked in the full range of federal Indian law issues, including federal acknowledgment, land claims, trust land acquisition, natural resource development and leasing of tribal lands, treaty rights, trespass to tribal lands, tax disputes, gaming related issues, and the administrative appeal and judicial litigation of these issues. Prior to his government service, Odin began his career in private practice with Perkins Coie and now serves as senior counsel in the Environment, Energy & Resources practice.

While in government service, Odin worked primarily on administrative and environmental legal issues with four federal agencies concerned with environmental regulation, legislation and litigation. In his recent work with Department of the Interior, Odin advised officials in the department, the Bureau of Safety and Environmental Enforcement (BSEE) and the Bureau of Ocean Energy Management (BOEM) on environmental compliance in the offshore oil and gas program. This includes the Five-Year Outer Continental Shelf Leasing Program, lease sales, geological and geophysical activities, exploration plans and decommissioning, as well as the ongoing review of NEPA procedures undertaken in response to the Deepwater Horizon oil spill. Additional areas of experience include:

Odin has also assisted the Department of Justice in judicial litigation, including cases involving the 2012-2017 OCS Leasing Program, seismic exploration in the Gulf of Mexico, and offshore revenue sharing. He also has served as lead counsel in administrative appeals. His counsel experience includes offshore boundary and revenue matters, offshore alternative energy and offshore sub-seabed carbon sequestration.

For his achievements with the Department of the Interior, Odin received the Solicitor’s Award for Superior Performance in 2011. His previous public sector experience includes serving as an attorney advisor with the Department of Commerce, Office of the Assistant General Counsel for Legislation and Regulation, and with the National Oceanic and Atmospheric Administration, Office of the General Counsel for Ocean Services. He began his government career as a program manager with the National Park Service in Patchogue, NY, where he directed environmental compliance program for Fire Island National Seashore.

Odin has written articles examining several environmental issues, including on emerging ocean uses and wind facilities. He most recently edited the chapter on Mexico in the International Environmental Law: The Practitioner's Guide to the Laws of the Planet, recently published by the American Bar Association.