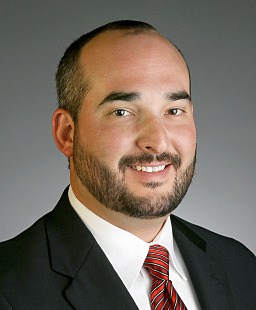 As a litigator, Mark Thomas Smith thinks tactically to gather the right evidence to position his clients to win at trial. As a registered patent agent and an inventor, Mark is passionate about patent litigation, which is the focus of his practice. He has litigated patents ranging from diagnostic methods to optical devices. Mark is well versed in all stages of litigation, from pre-filing diligence through appeal and regularly handles complex and high-profile cases. Mark works with Fortune 500 companies as well as small and mid-size companies on their intellectual property strategies.

Mark’s trial experience during the past four years includes playing a significant role on four large trial teams. His trial preparation roles have included drafting and arguing pretrial motions, preparing client and expert witnesses to testify, managing trial exhibits and cross-examining witnesses. Most recently, Mark helped defend a medical device manufacturer against patent infringement claims related to a device used to repair soft-tissue injuries in the shoulder region. The strategy undertaken by Mark and the trial team led to a favorable settlement on the eve of trial.

In another case involving a multiweek, unfair competition and tortious interference trial in federal court, Mark helped obtain a multimillion-dollar jury verdict for the client. In addition, he helped secure another multimillion-dollar jury verdict for a plaintiff asserting medical diagnostic method claims, which included defeating a patent-eligibility challenge to the claims. Mark has prevailed on both sides of patent-eligibility issues, including in one case in which he helped invalidate medical diagnostic method claims on a motion to dismiss and then secure an affirmance at the Federal Circuit.

When crafting trial strategies, Mark concurrently thinks creatively about satisfying clients’ underlying business objectives, which can include developing a public relations strategy, generating leverage through countersuits or administrative actions, or reaching a beneficial business solution outside of court.

Mark served as law clerk for Judge Sara Darrow of the U.S. District Court for the Central District of Illinois. Mark earned a degree in optical engineering from Rose-Hulman Institute of Technology, where he studied LEDs, fiber optics, lenses and other optical devices.