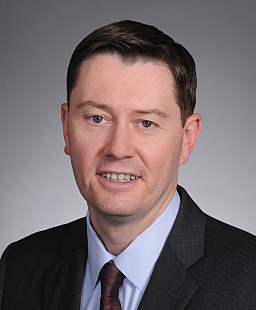 Firmwide Appellate Practice Chair Eric Wolff is an established authority on questions of federal jurisdiction, removal, and forum non conveniens. He has written hundreds of briefs across a wide array of issues in both trial and appellate courts. He has argued over 35 appeals in the U.S. Court of Appeals for the Ninth Circuit, as well as numerous cases in other federal and state courts of appeals. Eric is also a longtime teacher of legal writing and oral advocacy going back to his work at the National Advocacy Center and is always looking for the most effective ways to make written and oral presentations as audience-friendly and persuasive as possible.

Eric's cases and opinions of particular note include the following:

Pro bono. In his practice, Eric has also supervised junior attorneys appearing in the Washington Supreme Court on behalf of the Court Appointed Special Advocate (CASA) for children in parental termination and dependency proceedings. He is also a frequent sponsor of junior attorneys representing immigration clients in federal courts of appeals.

Law school and clerkships. Eric is a 1998 graduate of the Berkeley School of Law at the University of California. He was an articles editor with the California Law Review and a research assistant to Professor Jesse Choper. He clerked for his former professor, the Honorable William A. Fletcher after he was appointed to the U.S. Court of Appeals for the Ninth Circuit (1999), then the Honorable Stephen F. Williams of the U.S. Court of Appeals for the D.C. Circuit (1999-2000), and the Honorable Antonin Scalia of the U.S. Supreme Court (O.T. 2000).

Government service. Eric was an assistant U.S. attorney and lead appellate lawyer for the U.S. Attorney's Office in Montana, where he argued numerous cases in the Ninth Circuit and handled multiple trials in federal district court. It was as an AUSA that Eric served as an instructor on brief writing and oral argument at the National Advocacy Center in Columbia, S.C.