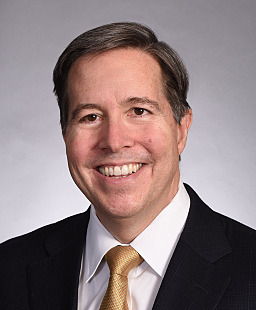 David McShea's practice focuses on the representation of startups, high-growth technology companies, public companies, and venture capital firms. In more than 20 years of practice, he has handled numerous significant transactions, including the initial public offerings of Amazon, Avalara, and Zillow, mergers and acquisitions, public equity and debt financings, and venture capital financings. David is co-author of The Initial Public Offering Handbook: A Guide for Entrepreneurs, Executives, Directors and Private Investors (2016). David has been honored five times as “Lawyer of the Year” in Seattle in corporate law practice areas, and is top-ranked in Band 1 by Chambers USA. He served as the chairman of the firm's Executive Committee for two terms commencing in 2016.

David has represented several leading companies through high-growth stages and IPOs. He represented aQuantive Inc. from incorporation through its IPO, numerous acquisitions and its sale to Microsoft for $6.3 billion. He has represented Amazon.com from private company through IPO and post-IPO mergers and acquisitions. David's corporate clients include Amazon.com, Algorithmia, Avalara, Highspot, Seattle Bank, Seeq, SkyKick, and Zillow. In addition, David represents several venture capital firms.

Ranked by Chambers USA 15 Years in a Row