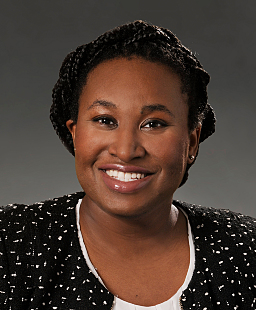 Brianna has predominately defended parties against NPEs in small (6 patents) and very large (32 patents) cases. Most notably, in addition to drafting claim construction briefs and expert declarations, she developed the construction for a dispositive term during claim construction proceedings and won a favorable construction. She has also argued at a Markman and won. When it comes to specific discovery issues regarding NPEs, Brianna has successfully moved to compel information regarding the NPE’s investors and patent valuation at the time of purchase.

While earning her J.D. at American University Washington College of Law, Brianna was a legal intern for the U.S. International Trade Commission and a judicial intern for the late Honorable Judge John J. Thomas of the U.S. Bankruptcy Court for the Middle District of Pennsylvania.

Prior to law school, Brianna worked as a FAB engineer in the semiconductor industry, specifically working on cost measures and quality control in the oxide CMP process.